For more information about the project or to arrange a personal meeting, please contact us via the contact form below or at 800 340 350.

What will
you do in Skvrňany?

This pool, part of Plzeň Elementary School 33, is open to the public twice a week on Monday and Wednesday, in the evening from 7 to 9 pm.
www.zs33plzen.cz

Křimice bathing site is located near the castle part, and it is roughly 10 minutes from Skvrňany by bike. You can cool down in the steamy summer weather here in the River Mže. As well as swimming, you can also enjoy the Disc Golf Park here with its nine “holes”. If you don’t know disc golf, it is one of the most widespread sports involving a flying disc (or Frisbee), and its rules are based on traditional golf. The objective of the game is to throw the flying disc into baskets (holes) in the smallest possible number of throws. As well as the Disc Golf Park, the site also has a sandpit for kids, a human-sized chessboard and a fire pit. The site also includes a large grassy area for sunbathing, and sport-lovers and families with kids will appreciate the venue.
www.plovarna-krimice.cz

This reservoir, known locally as the Bory or Litice reservoir, is located at the south-western edge of Plzeň city on the River Radbuza. The Litice shore is used for recreation, and the sports centre here includes a sandy beach and bathing lake, but you can also swim in the reservoir itself. There’s no shortage of things to do, with a boat and paddle boat hire centre, mini-golf, skate park, a 400 metre in-line skating trail, a workout zone and a kid’s playground. Nudism advocates can enjoy the nude beach here. The Litice section also hosts a 100-metre long foot and cycle bridge, part of the cycle path linking Plzeň to the Valcha and Lhota region, and onwards towards Dobřany. The reservoir is a popular place for fishing. The ruined castle of Litice is located on the south side, comprising a ditch and part of the eastern walls.
kudyznudy.cz

One of the most modern athletics centres in the Czech Republic, this stadium was opened in 2013. There is an outdoor 400-metre eight-lane Tartan track for runners. There is also a sector for javelin, discus and hammer throwing, and other disciplines. A unique feature here is the longest heated covered running track for training in winter. It is 123 metres long with five lanes and an indoor long jump sand pit. The outdoor stands seat 862. You can also make use of the gym and adjacent lounges at the site.
www.akskodaplzen.cz

SK SLOVAN Plzeň 1910 Club (formerly TJ Slovan Spoje Plzeň), which has a history going back over a hundred years in Plzeň, has two pitches for players. The main one is 110 x 73 metres, while the practice pitch is 93 x 53 metres. The spectator stands seat 230 in total.
Facebook.com/SK-Slovan-Plzeň

The local SK Vochov 1930 football club, which has a court with an artificial surface for tennis, and you can play football tennis and five-a-side football here. The club trains young footballers and provides sports facilities in the village of Vochov, near Plzeň.
www.skvochov.cz

Vodní stavby Plzeň Tennis Club brings together amateur tennis fans from across Plzeň. The club organises tennis camps for kids and young people, as well as matches and tournaments for adults. Non-club members can also play tennis here if they book in advance.
www.tkvsplzen.banda.cz

This cycle path was set up in 2020, and leads from Vejprnice train station to Skvrňany. Its tarmac surface is ideal for walking, running and skating. The cycle path is a “relaxing” route, following the Vejprnický stream valley on its right hand side. Thus you can enjoy picturesque views on your ride.
Google maps

This fitness centre and gym is five minutes by foot from @Living Skvrňany. Over a total of 350 square metres, it offers cutting edge body building machines and a cardio-zone with exercise bikes, treadmills, step machines and other fitness equipment. The fitness centre also includes an extensive sports bar where visitors can enjoy a wide range of refreshments, or get some advice from certified gym trainers. For those who like to keep their tan topped up, you can take advantage of two horizontal sun beds.
www.fitness-alice.cz

Cycling and running are some of the most widespread and popular sports around. The city of Plzeň lies at the confluence of four rivers, providing excellent conditions for developing a greenways programme – sports and recreational routes which provide the residents of Plzeň with opportunities for daily relaxation, while also supporting safe methods of transport to work, to school and for fun, while offering surrounding villages an alternative method of transportation to the city.

The most popular and easiest of these routes goes to Vejprnice along the bank of the Vejprnický stream past Pekelný Rybník fishpond to Vejprnice. It is roughly 2.5 km long. This tarmac cycle path is used not just by cyclists, but also by in-line skaters. You can join this route from Skvrňany from the underpass to Nová Hospoda.

You can join the Circular route around the Bolevec fish ponds from the centre of Plzeň. This then leads through the northern part of the city, through adjacent woodland and around the fish ponds between Plzeň and Třemošná. The route is around 23 kilometres long on a tarmac surface or on surfaced woodland paths, and is not difficult.

Skvrňany is the ideal place not just for cyclists, but also for fans of in-line skating. The in-line route which leads from the railway footbridge on Stříbrské street to Lábková street connects the two parts of Skvrňany. The route there and back is just under one kilometre. It is separated along its length into two parts – a tarmac section for in-line skating and a paved section for pedestrians. There is another skating route in the centre of neighbouring Vejprnice which is 2.5 km long.

If you don’t have your own in-line skates or bicycle and you don’t want to use the public transport network, you can make use of a shared bike. There are shared bike parking zones near Skvrňany, making for a convenient journey to the city centre and back in the summer months. 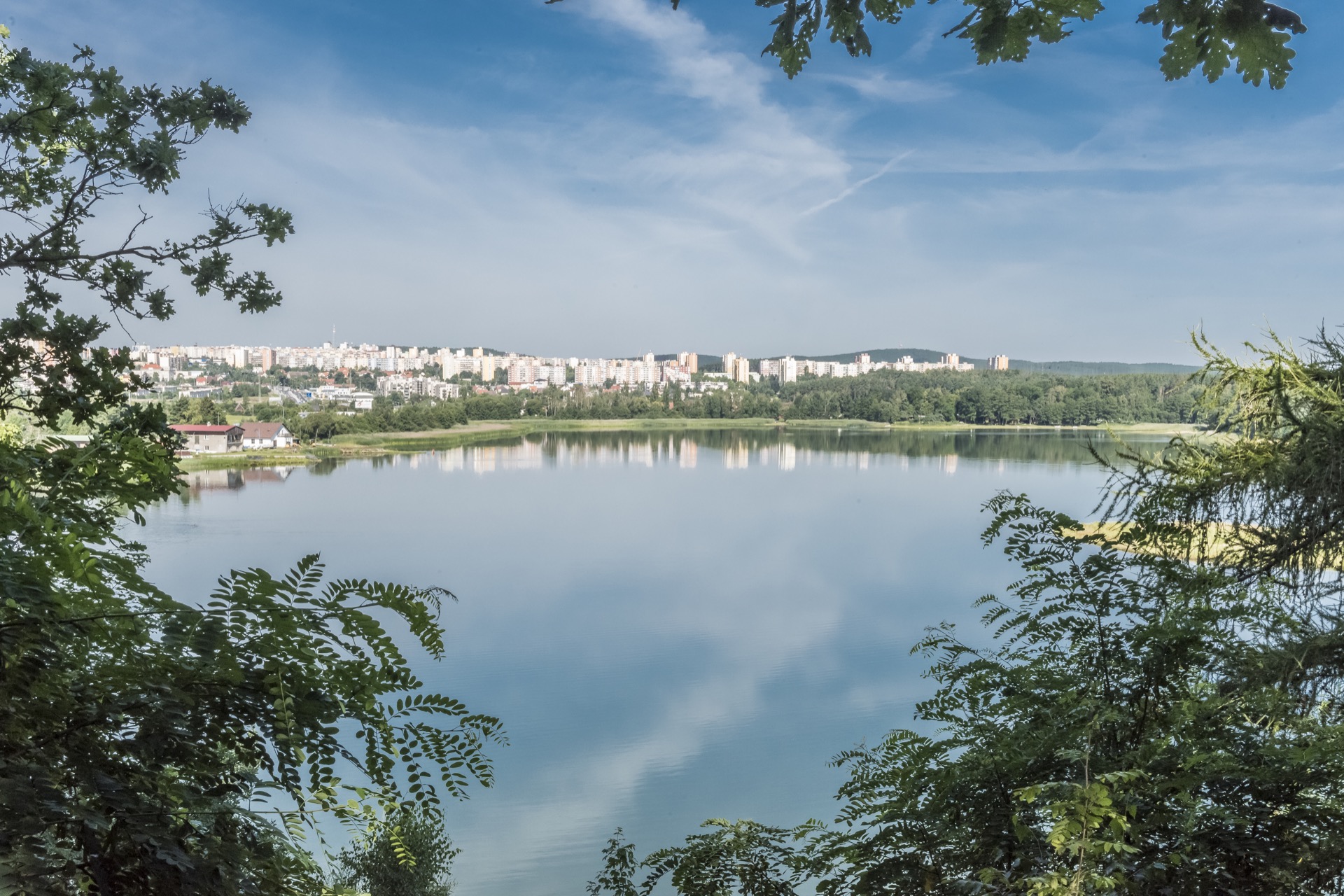 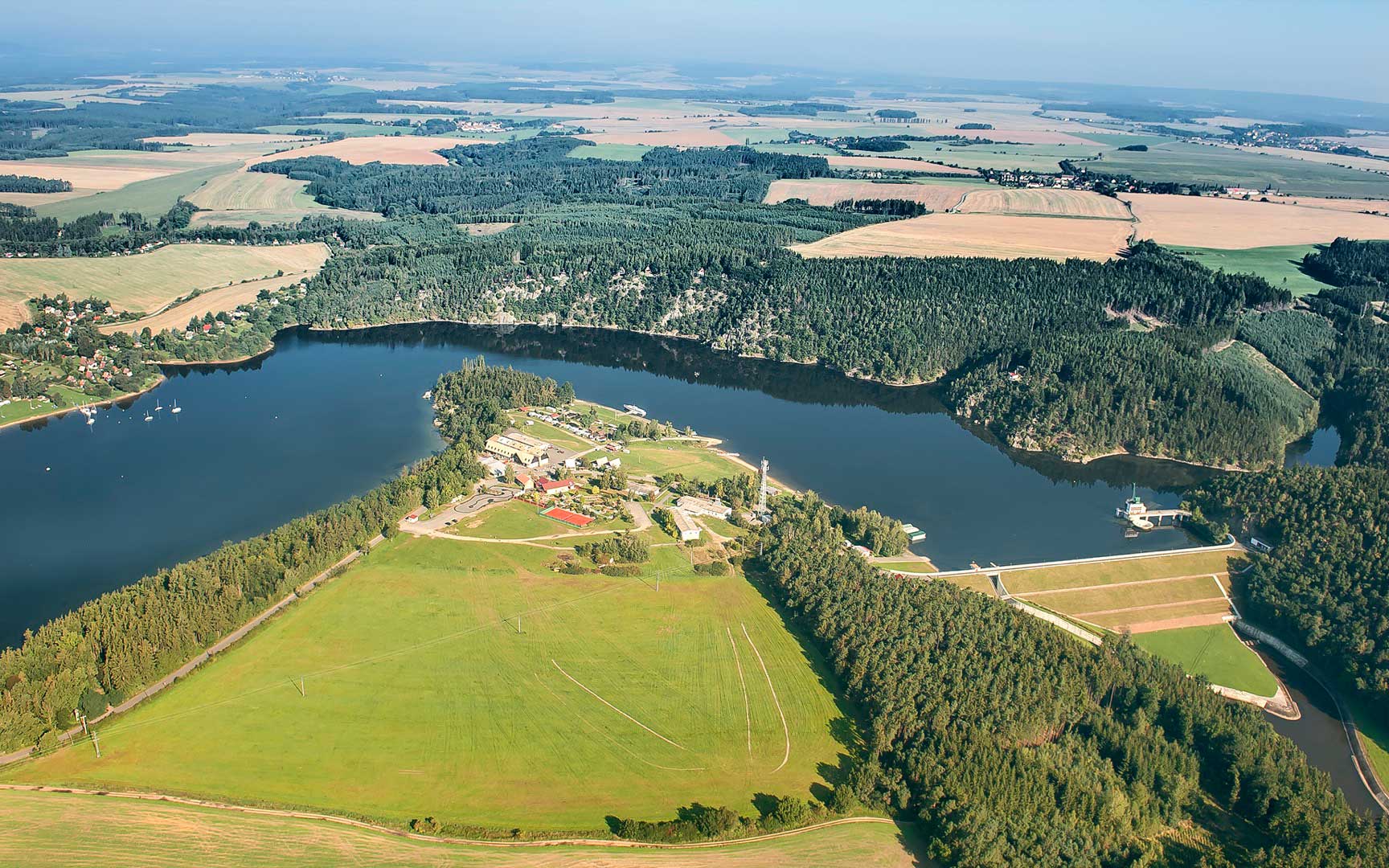 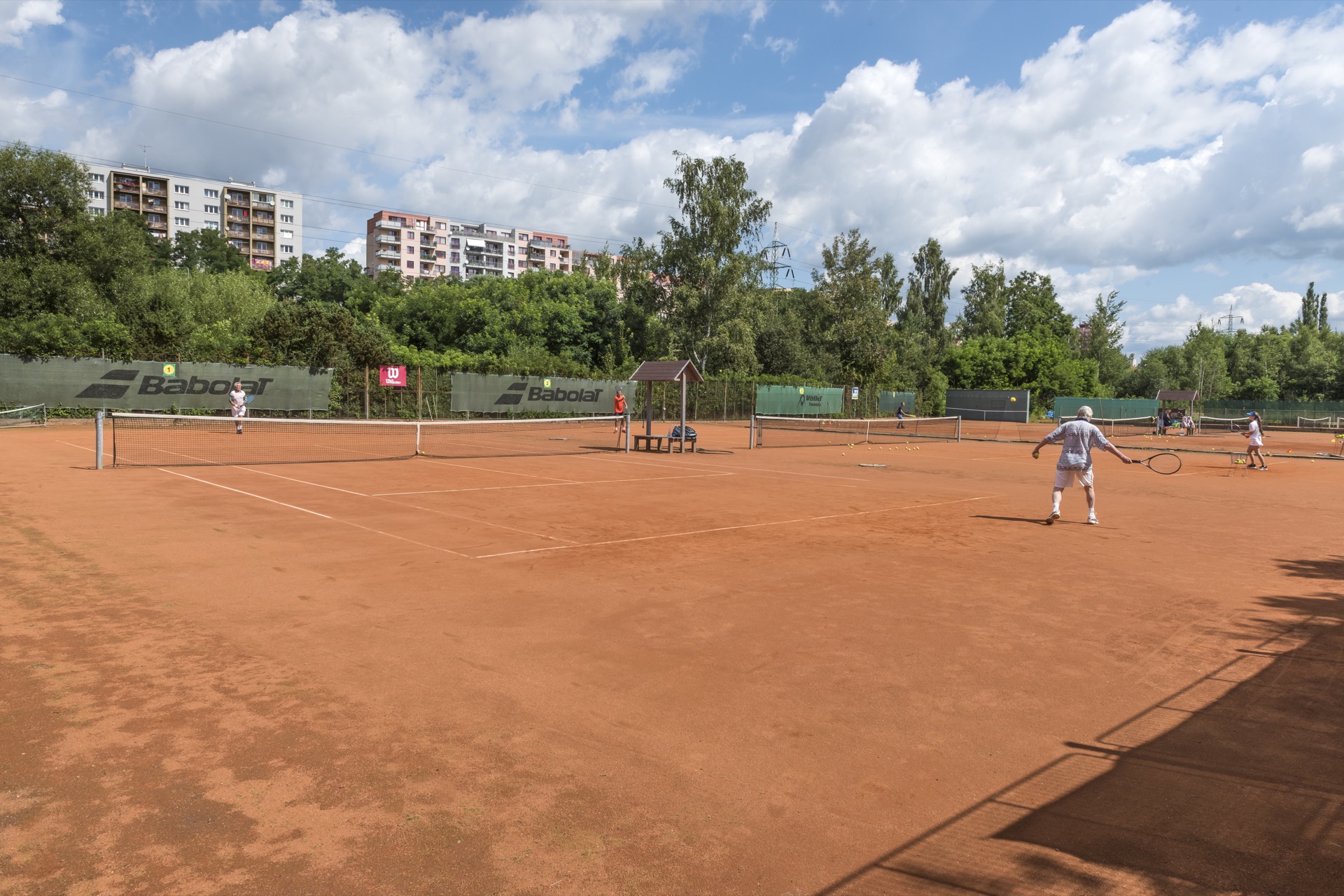 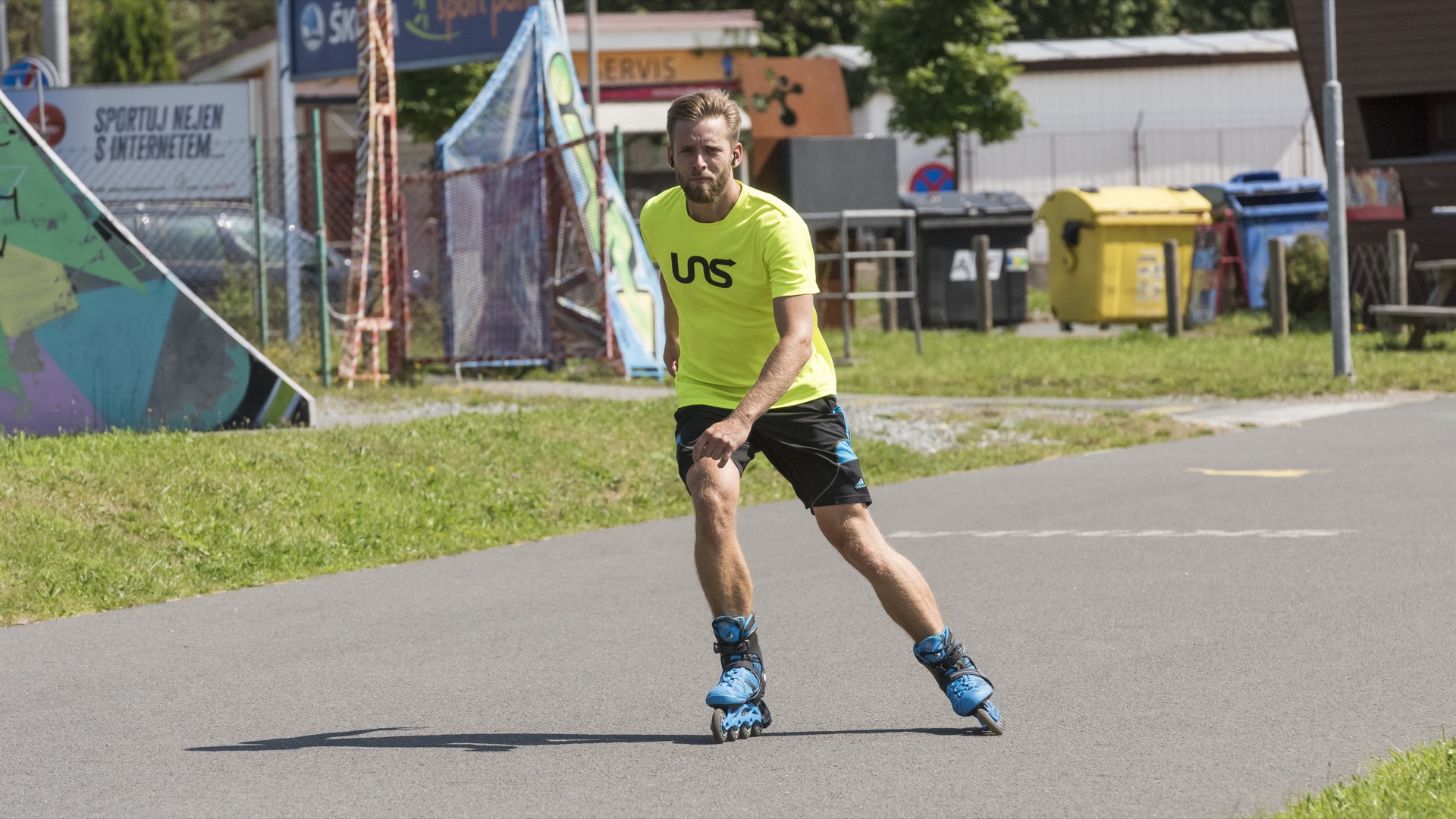 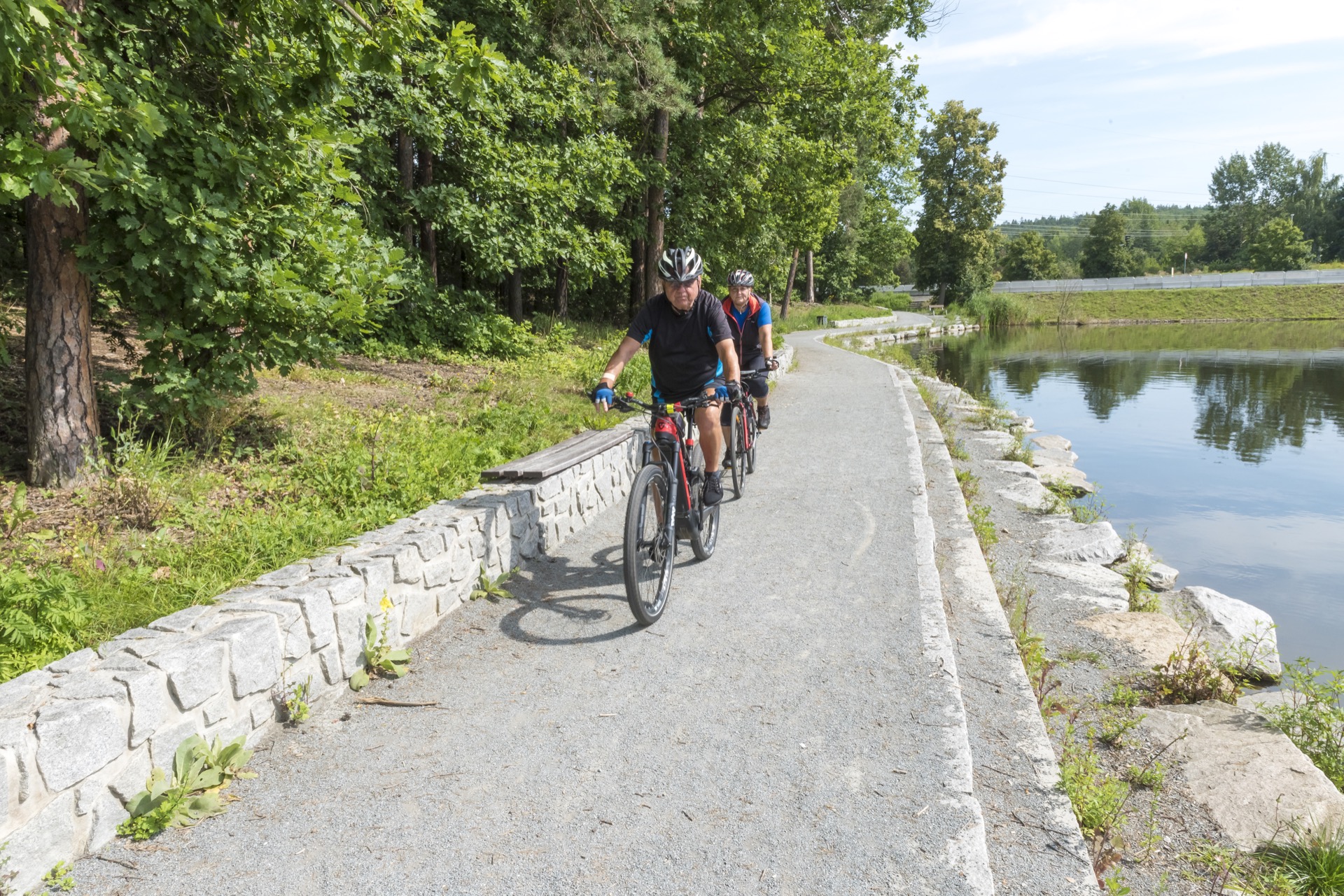 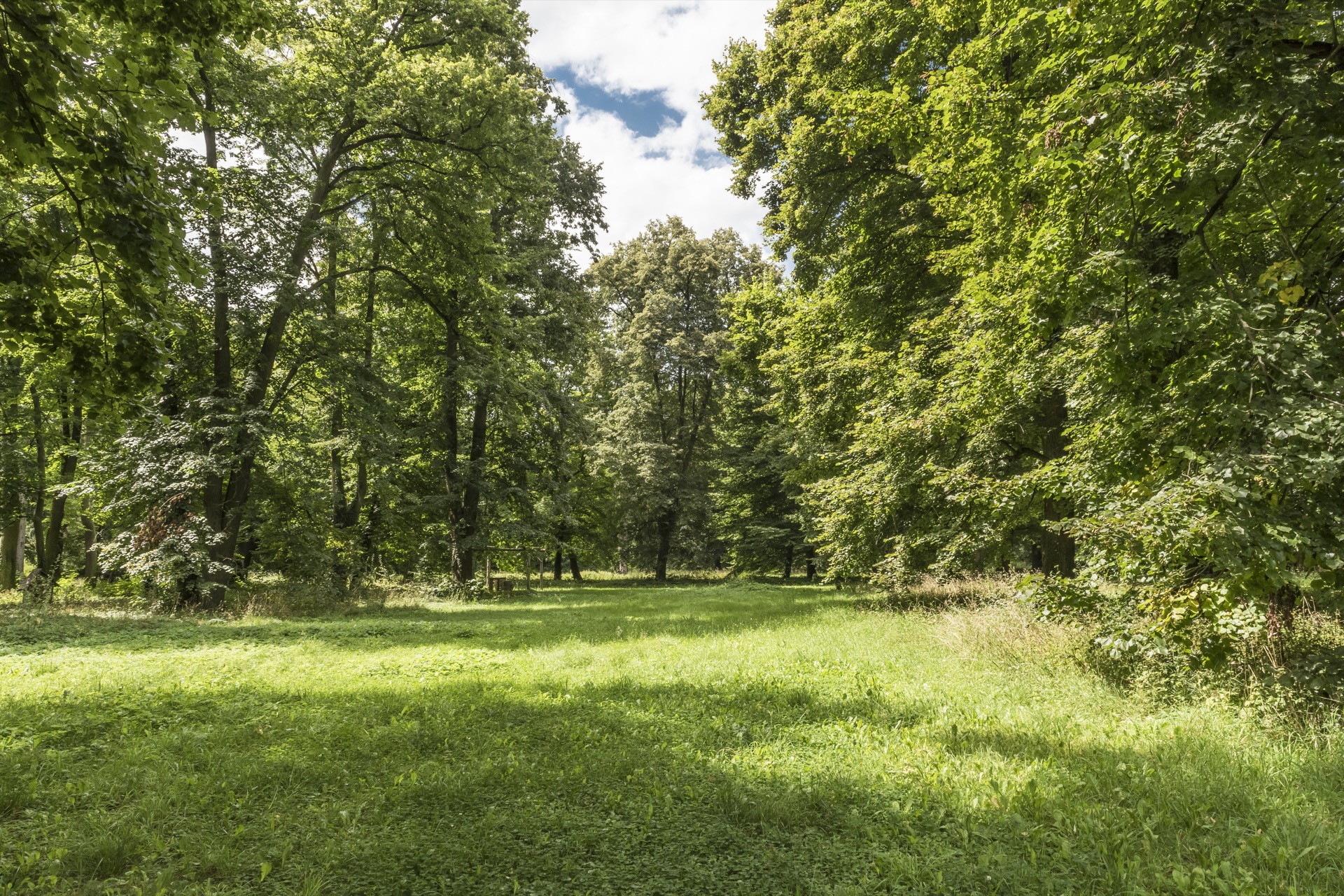 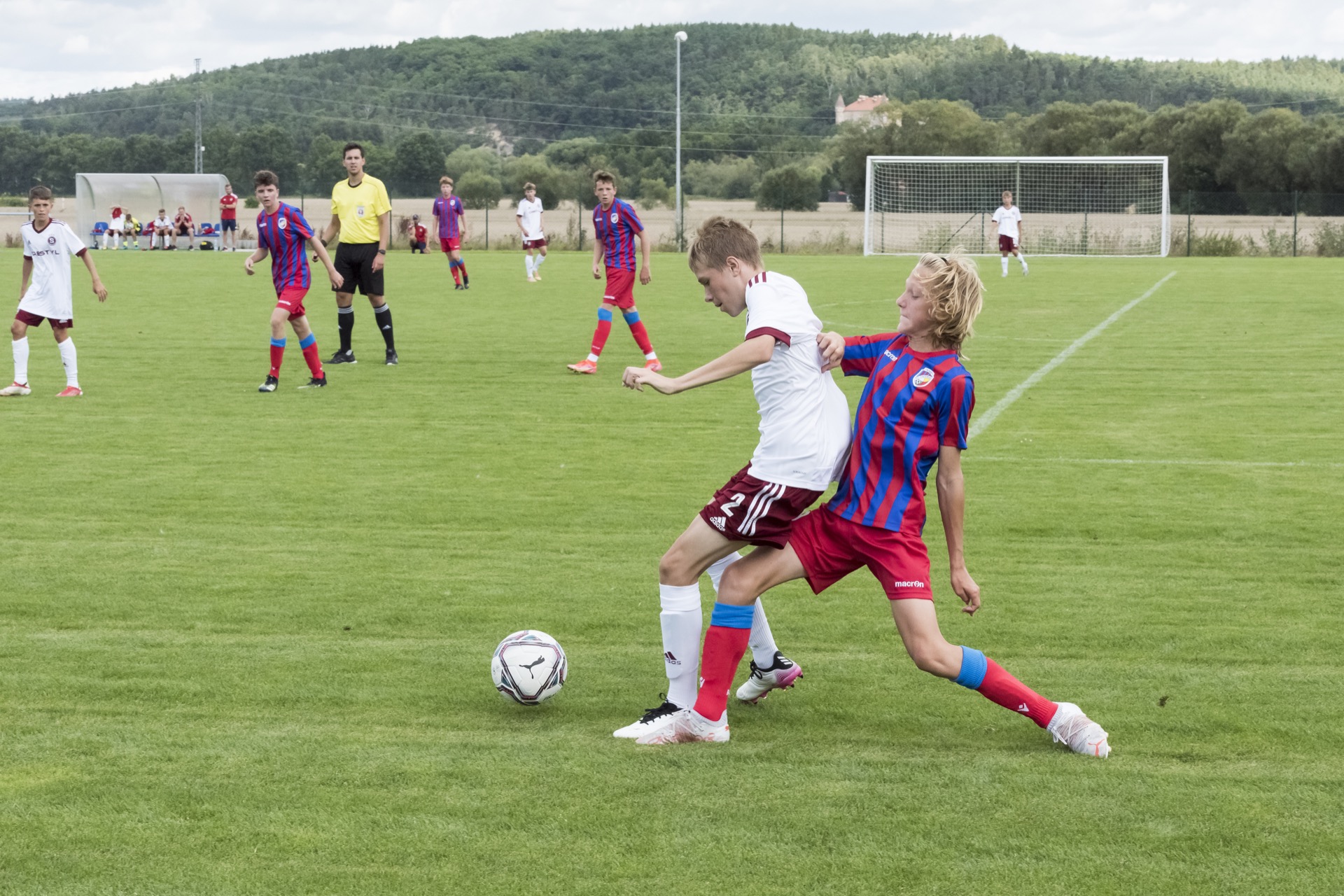 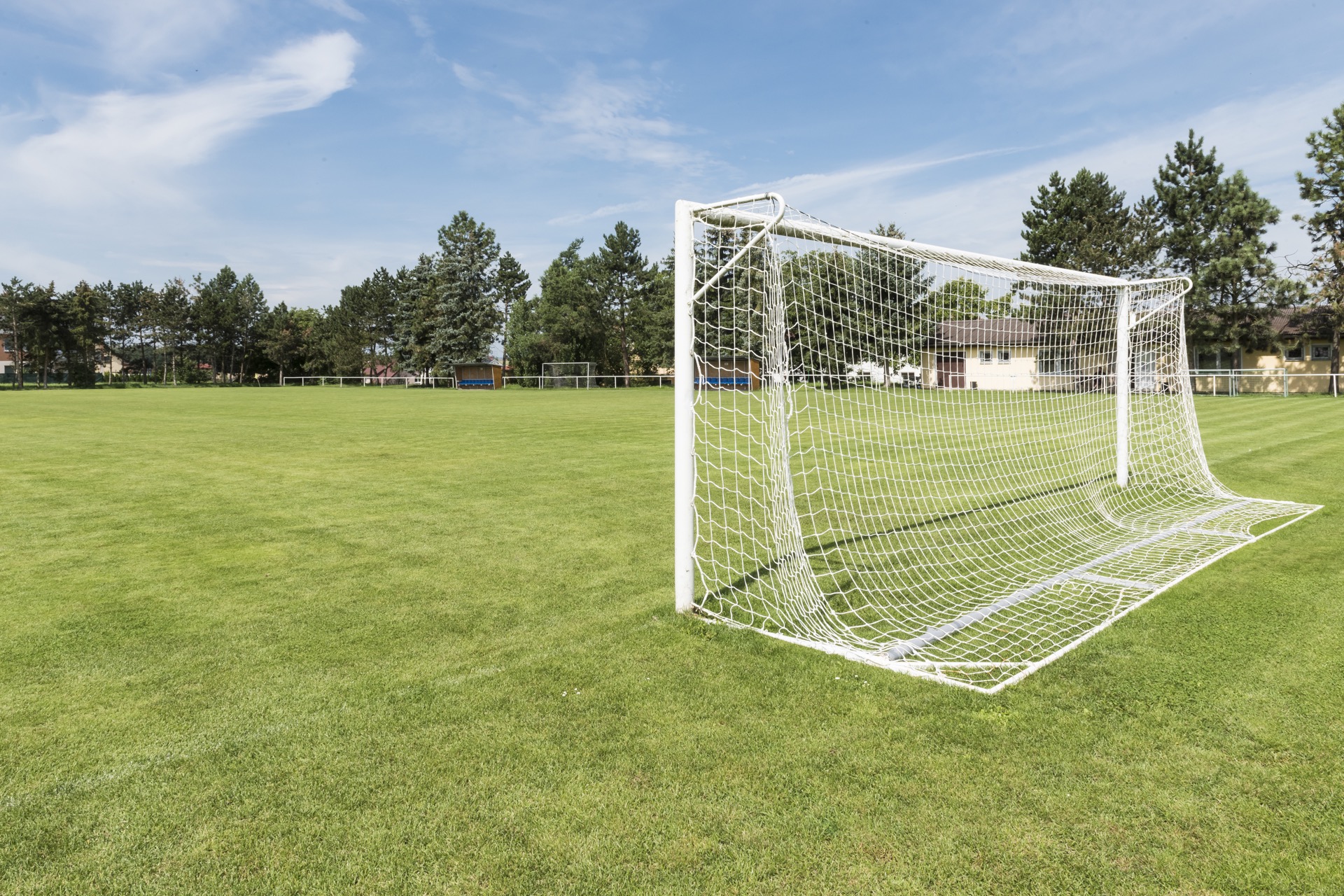 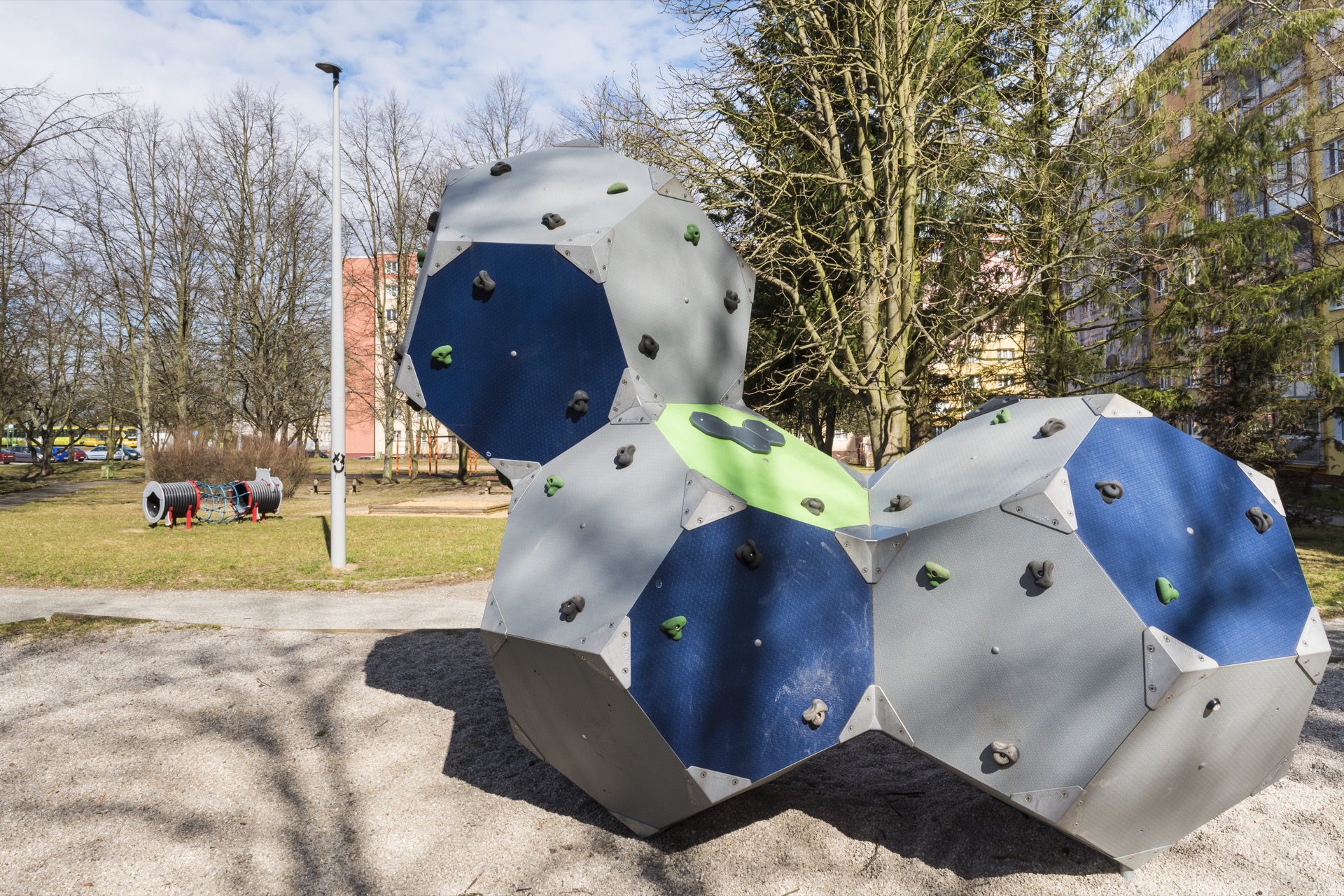 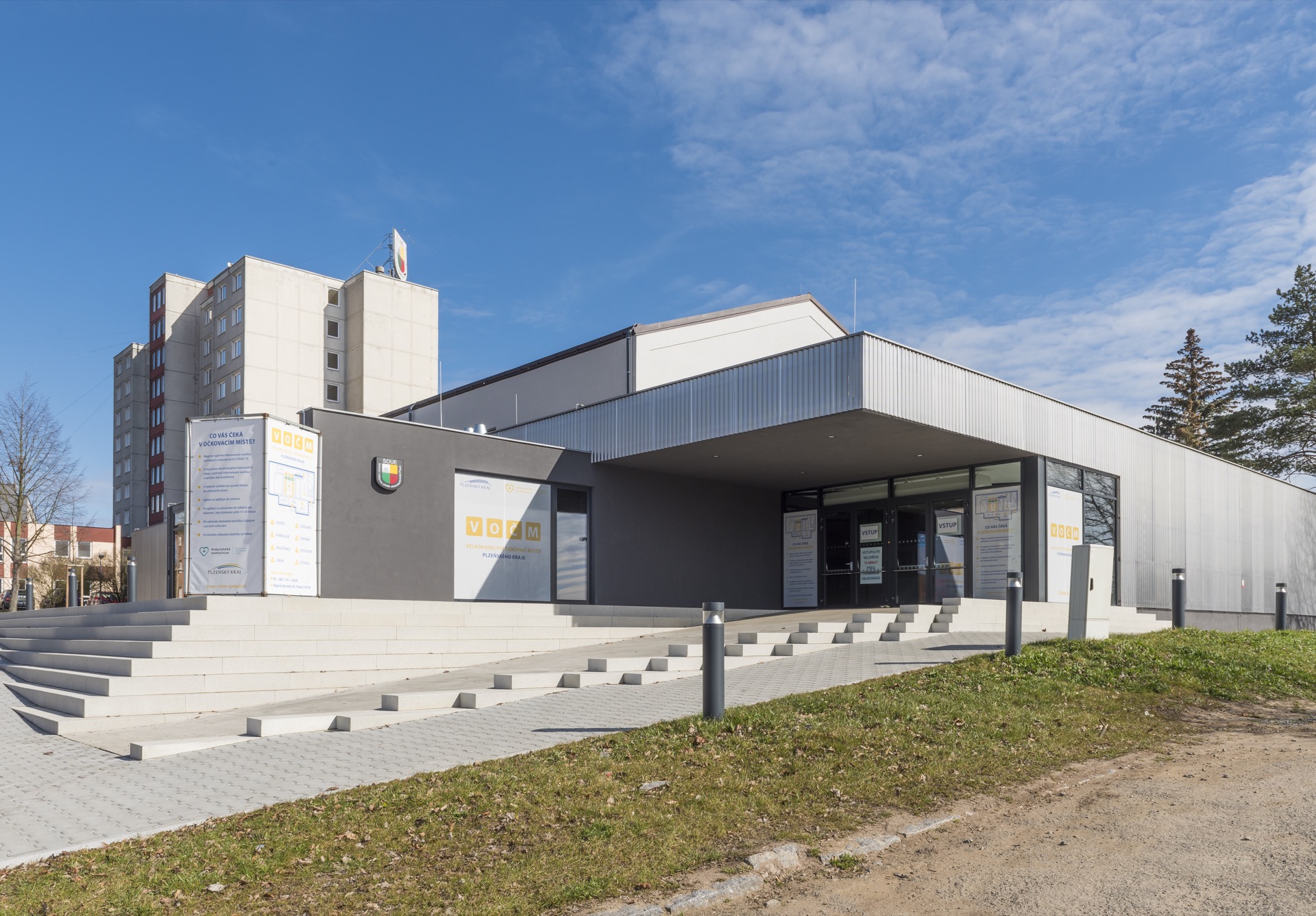 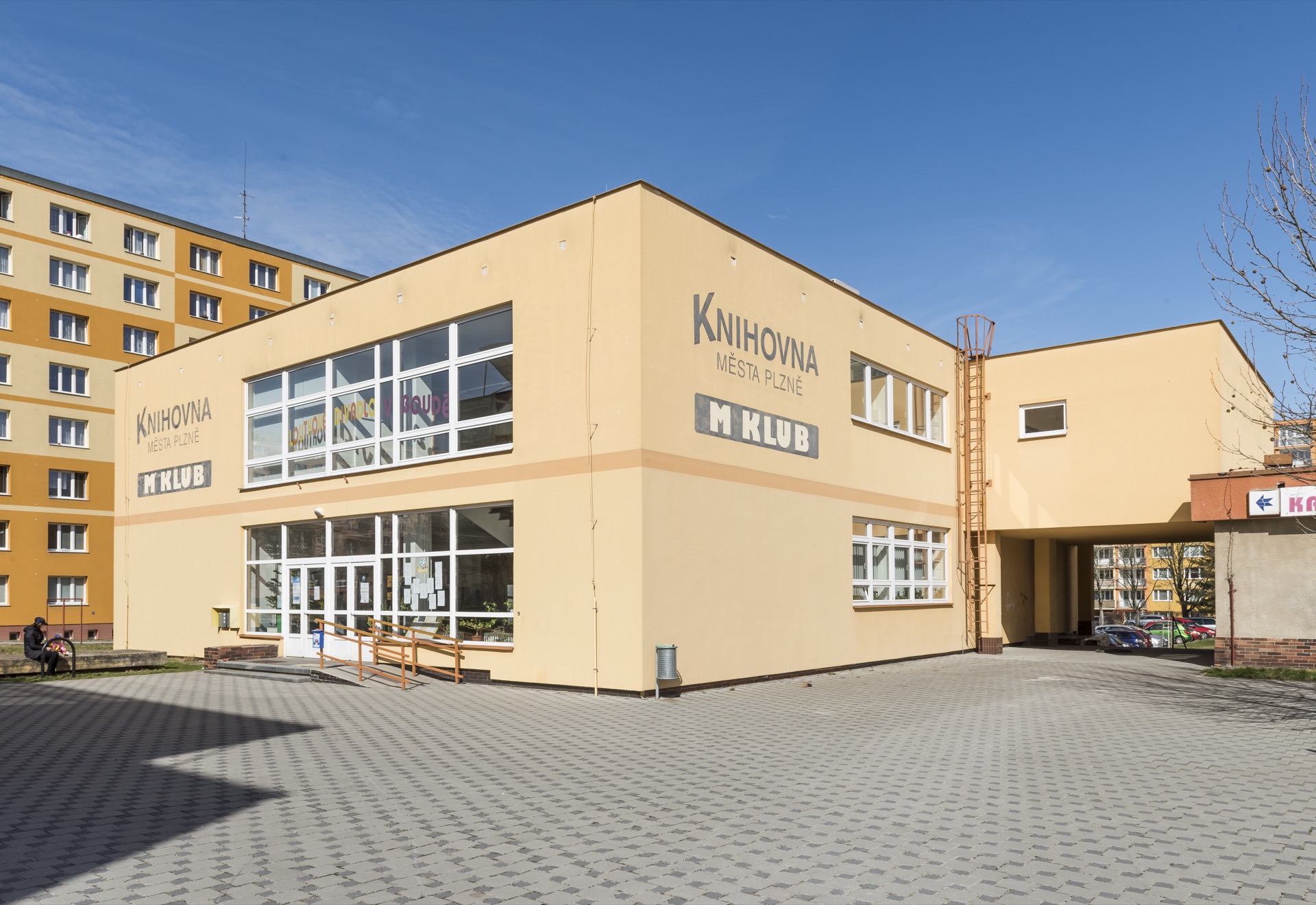 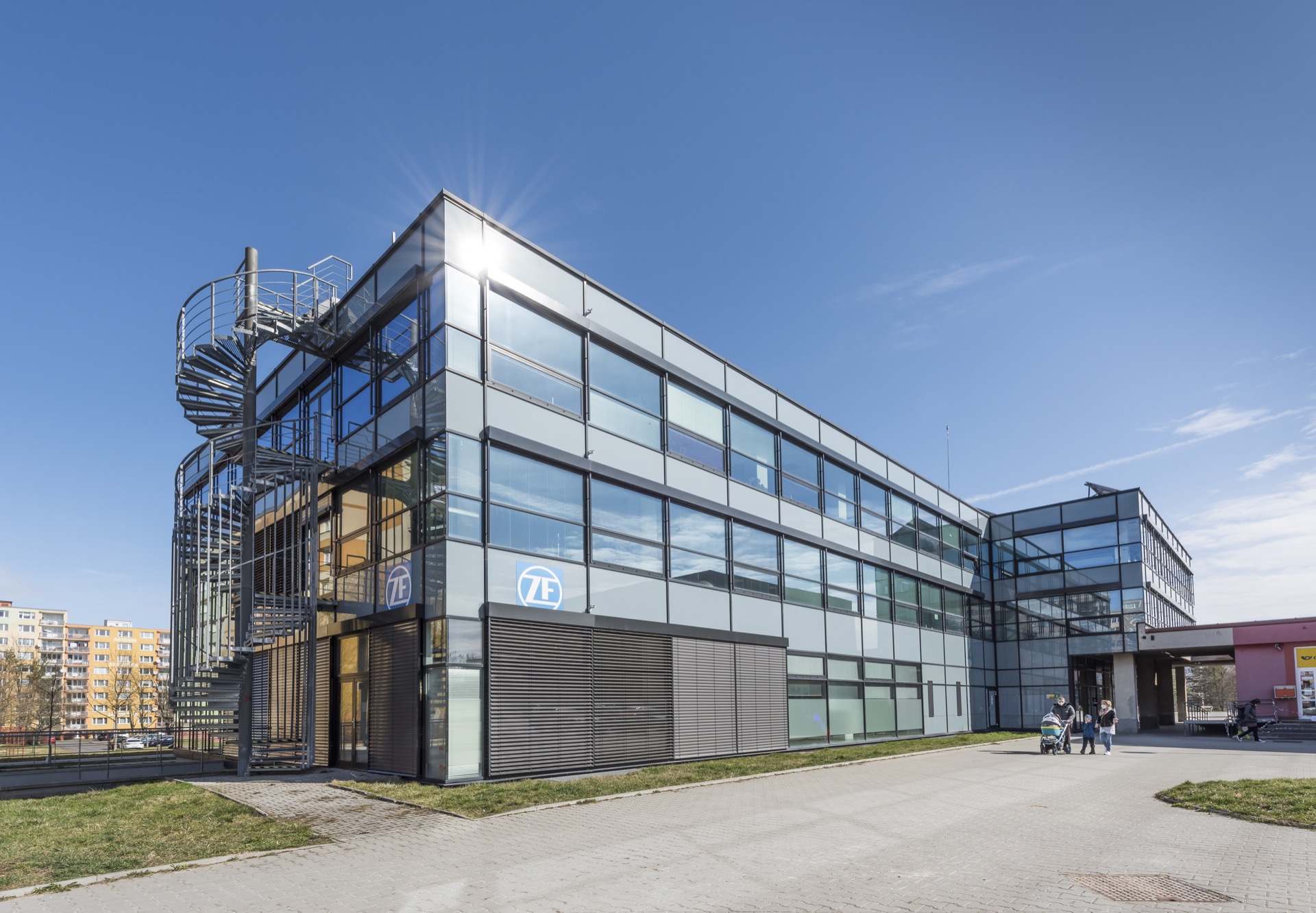 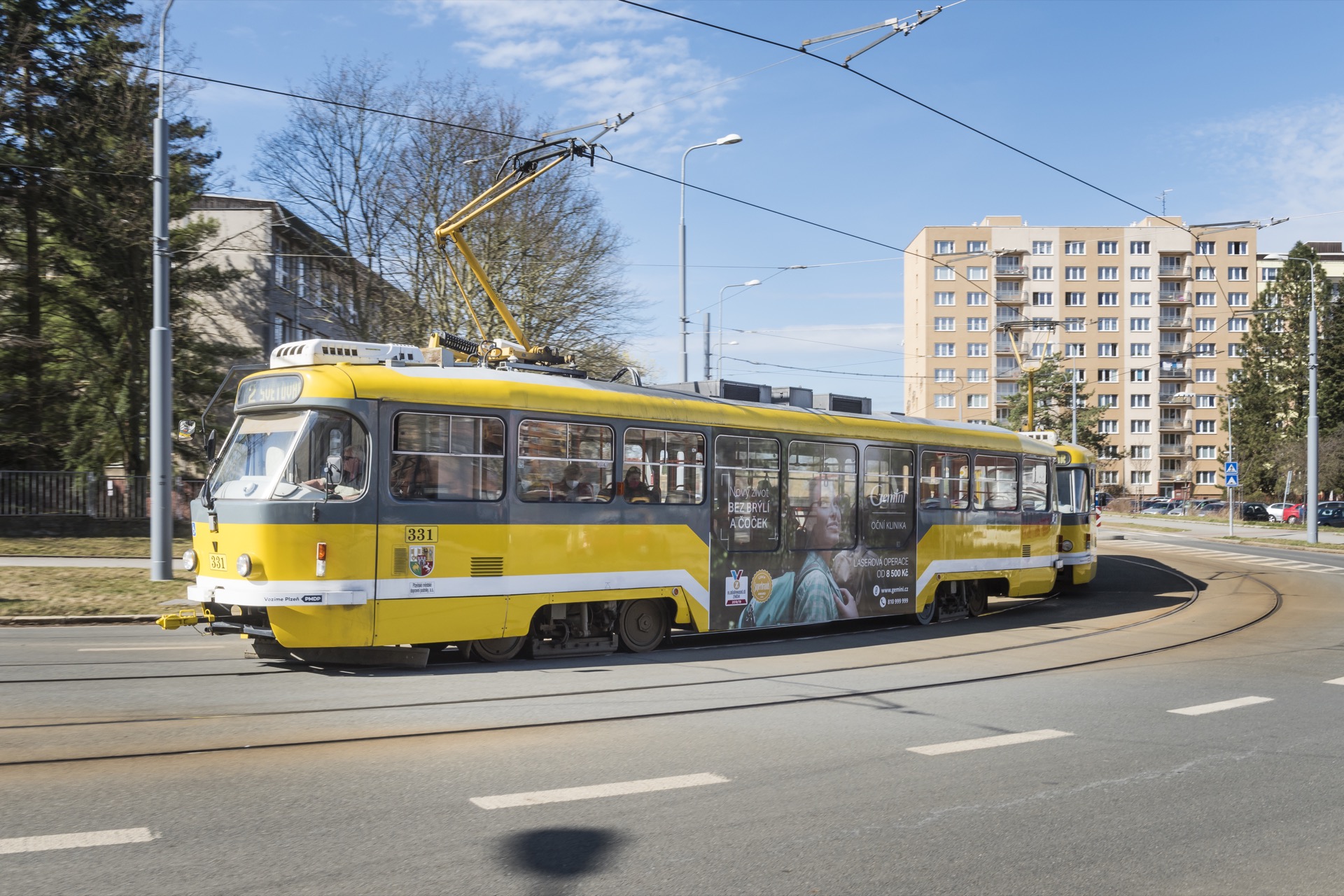 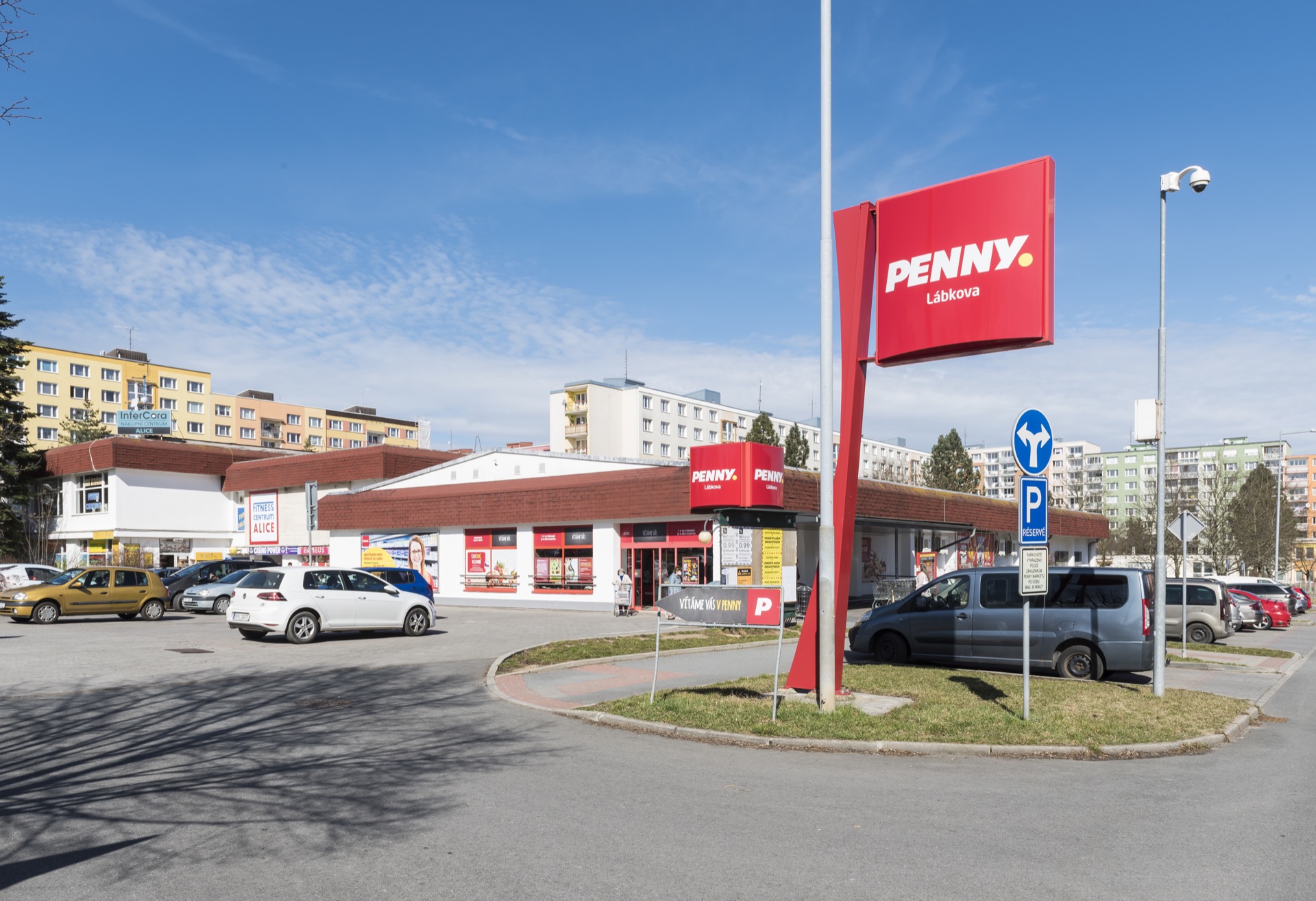 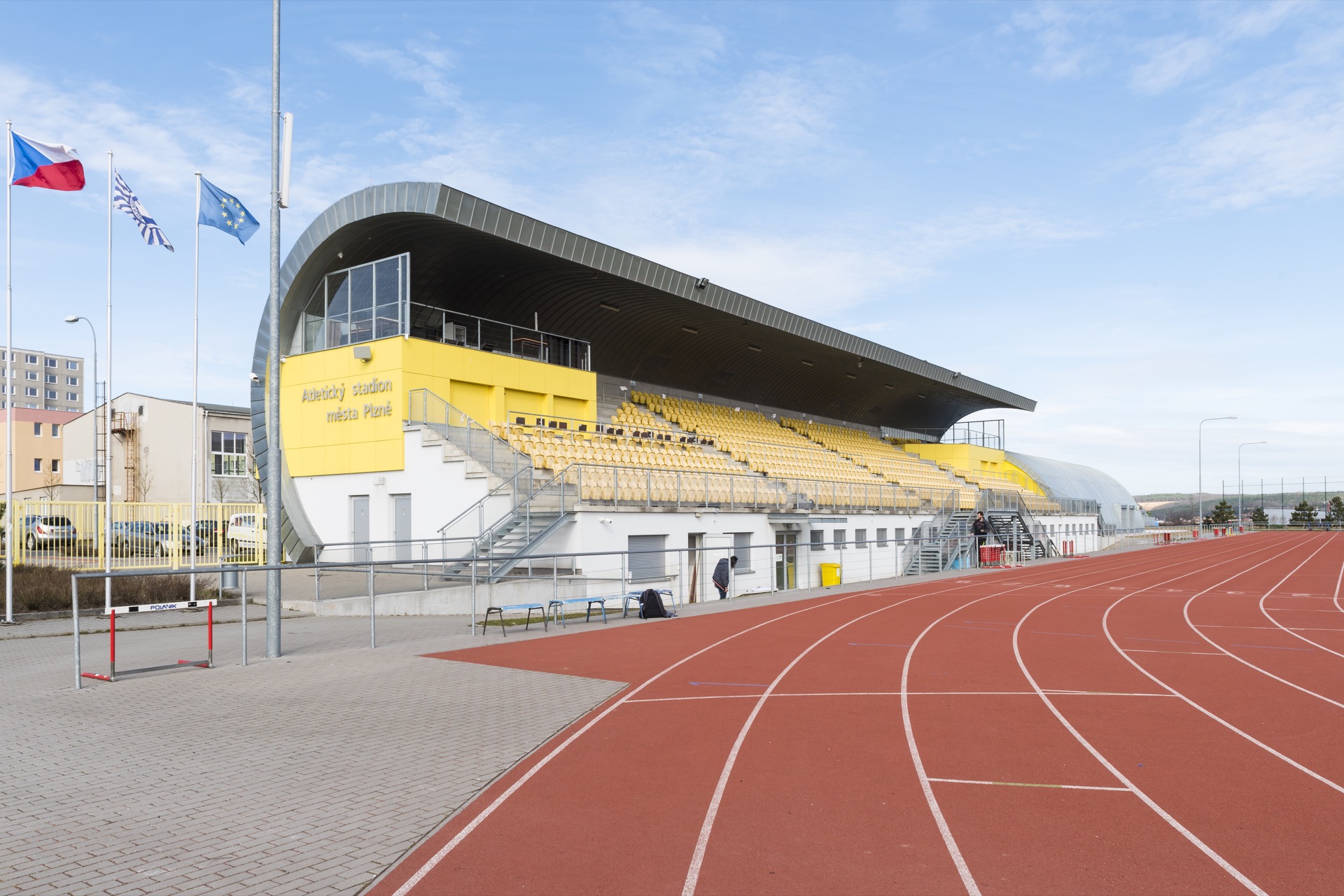